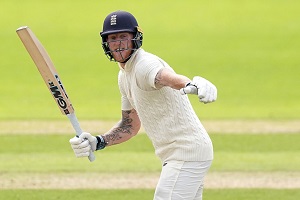 NE Bonner from the Windies team was the top runs scorer from the previous test with 161 runs. JM Bairstow scored 155, Z Crawley 129, and JE Root 122. MJ Leach from the English team took five wickets. AS Joseph from the home team also took five wickets. JNT Seales and KAJ Roach took four wickets each in the first test match. 749/9d is the highest total of the Kensington Oval cricket ground scored by the home side Windies against England in February 2009. In that test match, England batted first and scored 600/6d in their first innings. That was the highest total score in the Bridgetown, Barbados venue for the English team.

“Looks a good wicket, like to make first use of it,” Root says. “Saw in the first game if there’s any moisture it can move around a bit. Hopefully, we can start a bit stronger.” Brathwaite admits he would have been looking to bat, too, but will hope for some early nip in the pitch. “We’ve got to utilize that first hour,” he says. No changes for West Indies, Veerasammy Permaul keeping his place and with Nkrumah Bonner flying the flag for the home batters. “Bonner really led by example, and it’s for us to follow,” Brathwaite adds.

Highlights will be Available Shortly.