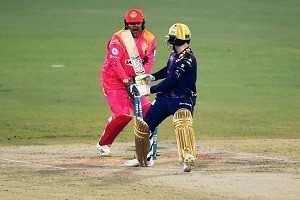 Shadab Khan: “I think we made a comeback after Roy’s start but Umar Akmal and Sarfraz Ahmed’s innings were the key. At the death, I thought Hasan Ali was the right option to go rather than burdening the young man Zeeshan Zameer. Faheem’s finish with the bat was quite brilliant, we try to use our batting depth.”

Sarfraz Ahmed is the player of the match: “We were targeting to steady the ship when I was batting with Vince. I want to credit our opening players but I think Umar’s inning was the turning point for us. We keep the fighting spirit till the last ball. Nawaz’s absence is a setback and we’ll miss him a lot, but Afridi and Noor’s bowling tonight was really good and we hope they can continue like this through the rest of the tournament.”