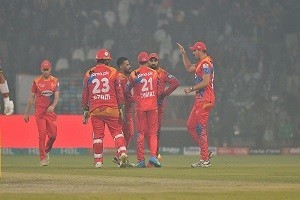 It’s very clear that the loser of today’s match will be out of the league but the winner of today’s match will meet tomorrow with the Lahore Qalandars in Eliminator 2. After losing their captain Shadab Khan and also some other players because of injuries Islamabad United team lost thair balance completely and after that they lave lost many matches. In the Points table, they were the last team to qualify this round. The Islamabad United team won just four matches out of ten they have played. The Peshawar Zalmi lost some matches in the early stages of the league but they came back strongly, especially with their bowling attack. Peshawar Zalmi got six victories out of ten matches from the first round.

Here are some stats from both sides: Shoaib Malik is the 4th most runs scorer of the season with 346 runs. Right after that here comes the problem for the Zalmi team, their second-best batsman is BCJ Cutting who scored 197 runs in nine innings. Hazratullah Zazai scored 170 runs in seven innings. It indicates that the Zalmi team has not shown their bating strength yet, or they are not able to. Salman Irshad is their best bowler with 12 wickets in seven matches, Wahab Riaz took nine wickets in nine matches, Usman Qadir took eight wickets in seven matches.

From the Islamabad United team: The captain of their team Shadab Khan still is the most wickets taker of the season with seventeen wickets in 7 innings, Waqas Maqsood took 11 wickets in six matches, Faheem Ashraf took eight wickets in nine matches. AD Hales scored 255 runs in seven matches, Shadab Khan 232 and Azam Khan 228.

Wahab Riaz wins the toss and will bat first.